provides the ideal equipment for powder diffractometer systems to observe and evaluate transitions in nonambient environments. With the ultrafast MYTHEN 1K Stripdetector manufactured by DECTRIS very rapid measurements can be perfomed. Highest quality data is obtained with the capillary furnaces for powder investigations at high temperatures. The furnaces can be mounted on every STADI P or MP diffractometer (moving circles or fixed stage).

Ammonia nitrate NH4NO3 · x H2O has been used for the experiment. The measurement has been performed with 0.75 °C per step and an exposure time of 10 sec per step. The data collection has lasted only 30 min to complete, covering a data range of 25° 2θ and a temperature range 120 °C as shown below.

The MYTHEN 1K detector has been placed at the distance with an inherent resolution of 0.02° 2θ. The several well known phase transitions of NH4NO3 · x H2O have been clearly observed. 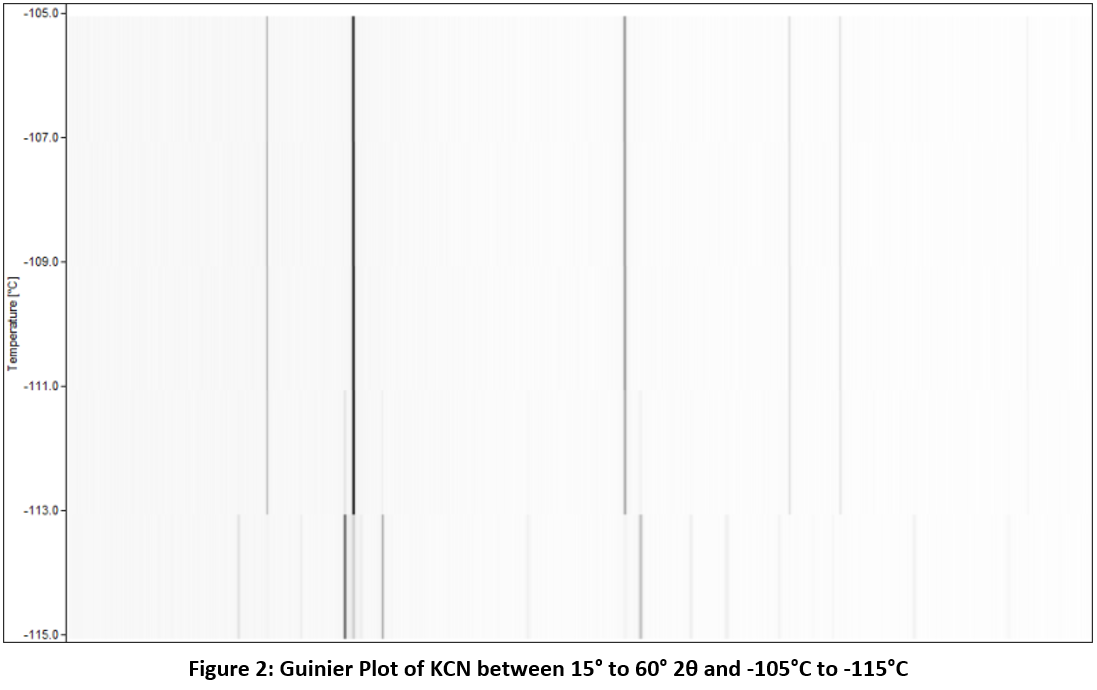 The combination of an Oxford Cryosystems Cobra with an STOE STADI P ESSENTIALS diffractometer is a very sophisticated setup, which enables one to measure high resolution powder diffraction patterns in a temperature range from 400 K to ~80 K. The samples chosen here cannot be seen as standard samples in terms of absolute temperature but are comparable to regular laboratory samples. Due to the high resolution of the STOE STADI P diffractometer it is possible to identify the phase transition of NH4Br at 107K, which is only due to a small shift in the 2q position of the reflections (c.f. Figure 3, right).